Iboga has been shown to kill Candida and kill chronic viral and bacterial infections. Sometimes Candida can be the main cause of depression, chronic fatigue, or an overall sluggish body and mind that is not performing its highest. Many times Candida or other parasites can be a secondary factor in many conditions. Most people who come to the Iboga Wellness Center feel a significant and greater sense of energy as well as a lightness to their body upon leaving our retreat center. Flushing your body with Iboga is an ideal way for a rapid and deep detox available from a natural source.

Candida infections, also known as Candidiasis, yeast infections or thrush are extremely common fungal infections. Candida can live on our mucosal membranes including the lining of our digestive tracts, mouth, vaginal walls, nasal passages and within our sinuses. There is also another form which is called Acute Disseminated Candidiasis, or Invasive Candidiasis which progresses to our organs. It is most common in individuals that are immuno-compromised. Some Candida in an individual’s body is normal, but when there is Candida overgrowth it can cause many problems. 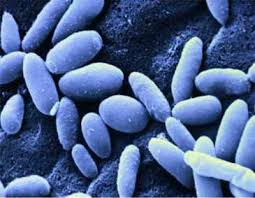 Symptoms of Candida overgrowth include the following:

The Way you feel:

Your Eyes and Ears:

Eye pain, Itchy eyes, Sensitivity to light, Blurred vision, Floaters in the eyes, Bags under the eyes, Ringing in the ears and Chronic ear infections.

Traditional western medicine is starting to catch up to this idea and more studies are being published. Did you know that the Mayo Clinic published a study in September 1999 linking almost all sinus infections to fungus such as Candida?

The use of antibiotics also causes an imbalance in our bodies. When the good bacteria that is used to keep the Candida in check is killed, Candida overgrowth persists. Some Candida isn’t necessarily a bad thing because it devours the extra glucose in our bodies that our insulin may not be able to handle on its own. This is also why diet is so important though. Our food supply today is full of high fructose corn syrup and high carbohydrate, processed foods. Many of these sugary options are low in cost making it an easy option when choosing what to eat. But making an investment in your health is key.

Many people are aware of the use of Ibogaine, an alkaloid of Iboga, for the use of addiction interruption… but there are other healing properties of Iboga such as antifungal activity. At the Iboga Wellness Center we use Iboga to detox people from Chronic Candida Infections frequently and have had much success in doing so. There are two studies in particular that stand out regarding Ibogaine for the treatment of Candida Infections. The first being an in vitro study that has shown Ibogaine to suppress symptoms of cutaneous Candida albicans. The same study demonstrated the ability of ibogaine to accelerate the elimination of these yeast cells.

In the second study, Ibogaine was administered to mice that had disseminated (candida that has spread to other parts of the body in a different fungal form) and gastrointestinal Candida infections. Not only did the ibogaine interfere with the early stages of the infection, but it significantly decreased mortality of the mice as well as decreasing the volume of Candida albicans from the kidney, liver and spleen.

More human studies are needed on iboga and Candida in order for the word to spread to the Western World. However, the Bwiti in Gabon, Africa have known about the healing properties of iboga for hundreds of years. Iboga can help you detox from Candida and jump start your healing. After a cleansing iboga treatment, it is important to make lifestyle choices to continue your renewed health.

Jeff & Anthony just returned from a journey to [...]

Erika and Tony from USA

“Thank u so much for being such a great positive [...]